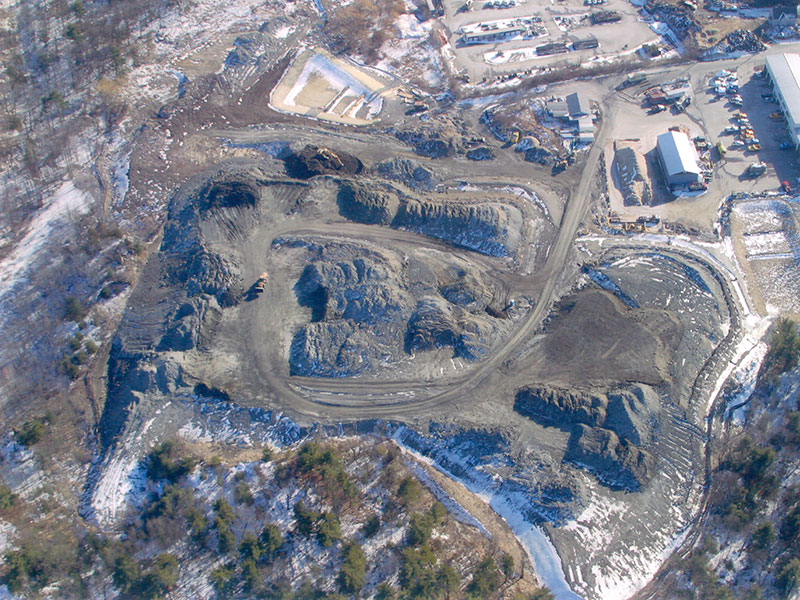 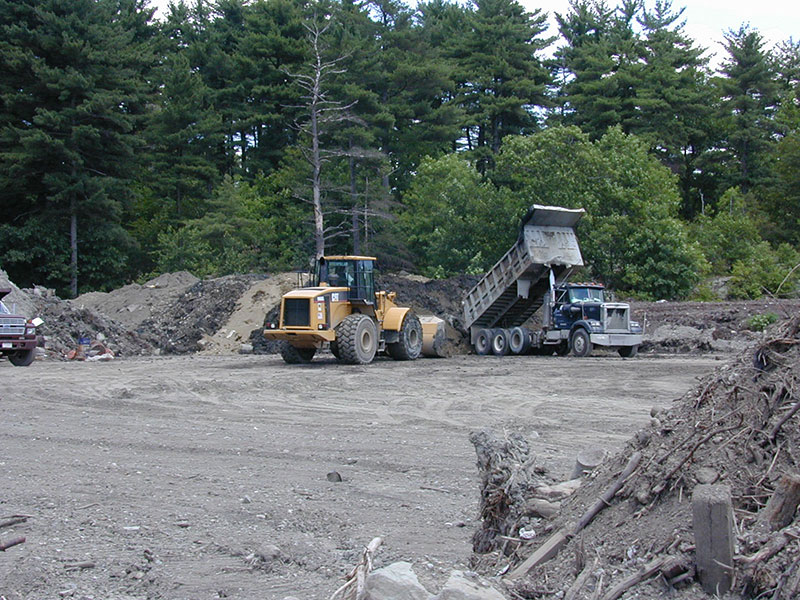 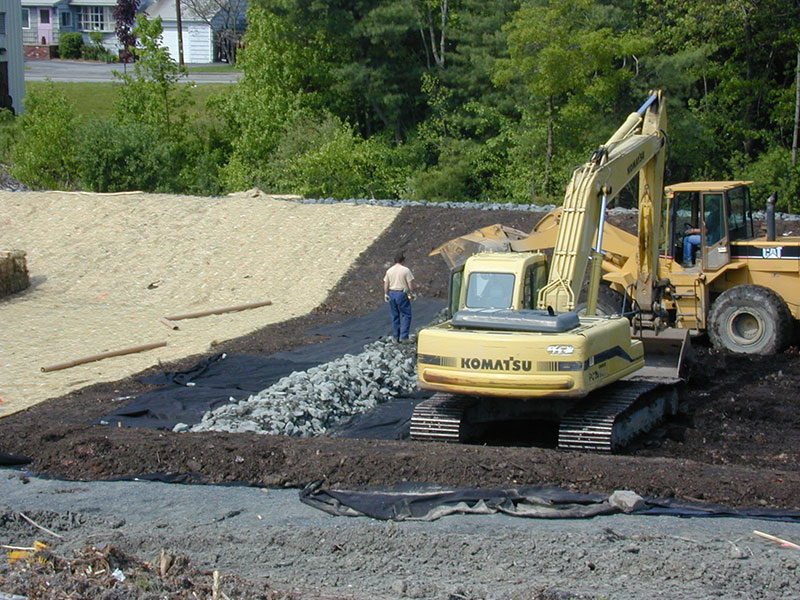 Project Description: TFCI was contracted to receive, stockpile, analyze, place and grade approximately 700,000 tons of Boston's Central Artery / Tunnel (CA/T) project material over a closed, fourteen acre unlined landfill. The Main Street Landfill site acted as the final soil disposal facility used in one of the largest construction projects ever performed in the United States. The project's continuous, seamless operation was critical to the completion of excavation operations for the CA/T project.

TFCI installed the basic project infrastructure prior to receiving the CA/T material adhering to an aggressive fast-track schedule to start up. Infrastructure items included a truck scale and fully automated, pressurized wheel wash facility with solids collection and recycled water storage tanks. Three, one acre HDPE lined detention basins were installed to collect surface water from a network of drainage swales installed and reconfigured to capture an ever changing and growing landscape of CA/T project material placed at the site. Each 1,650 tons of material had to be stockpiled, identified and tested for a range of contaminants including heavy metals, PCB's and petroleum hydrocarbons prior to final placement. TFCI received a change order midway through the project to receive significantly more material than originally planned due to the success of the receiving operations and the resultant, unobtrusive affect to the densely populated town.