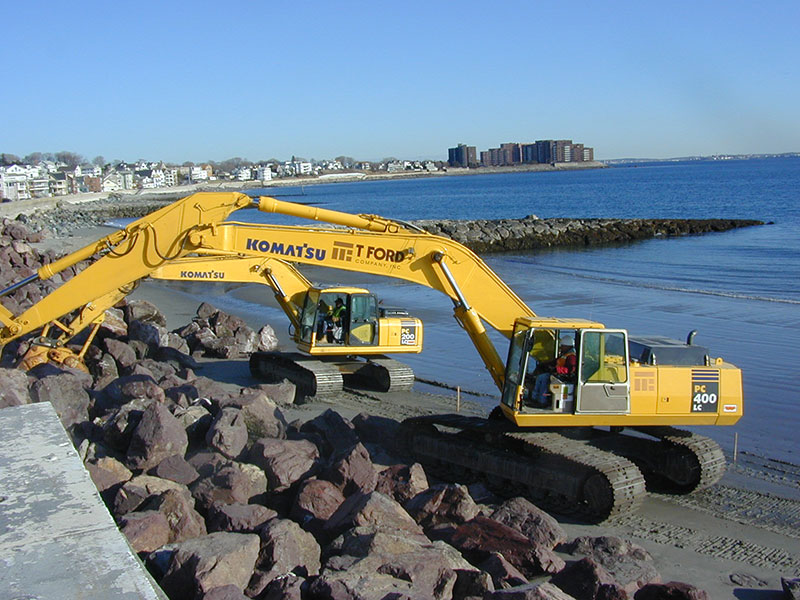 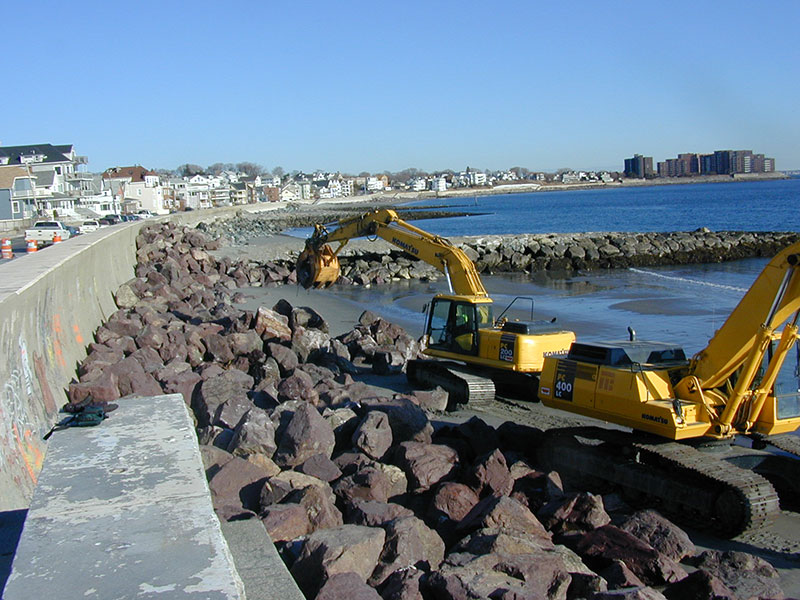 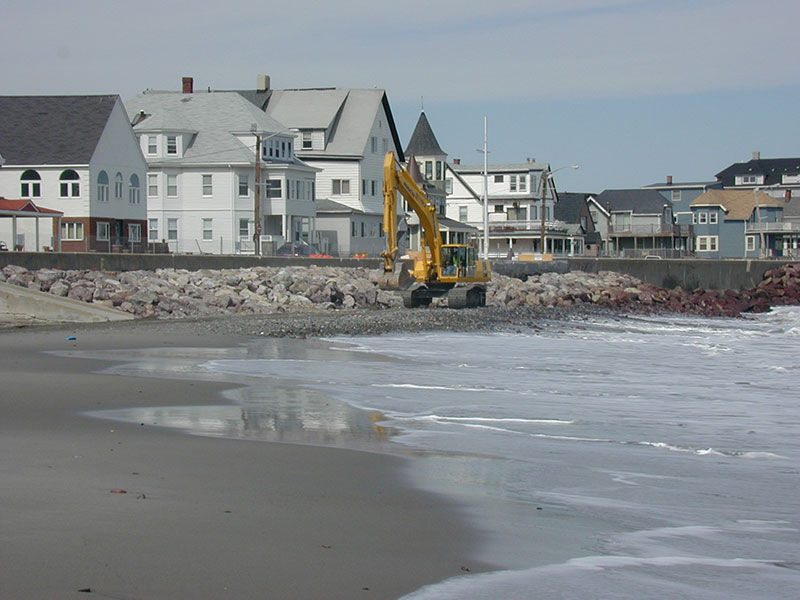 Project Description: TFCI was contracted by the Massachusetts Department of Conservation and Recreation to perform emergency work to reinforce a portion of the Winthrop Beach seawall susceptible to damage from large storm surges. TFCI excavated the toe up to ten feet deep into beach sand and installed over 10,000 tons of variable sized armor stones from the toe to the top of the existing concrete seawall. TFCI's working window was only four to five hours on most days because the tides encroached upon the work area very quickly but the project was still completed ahead of schedule.