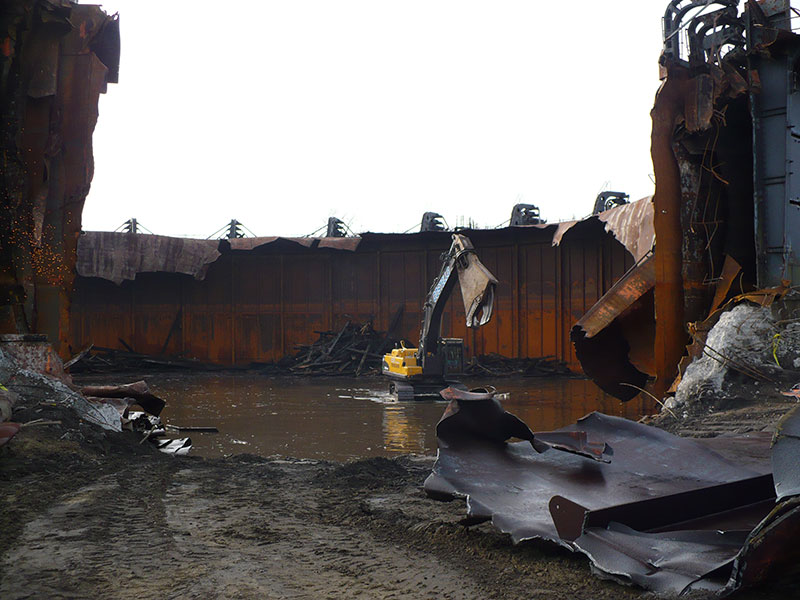 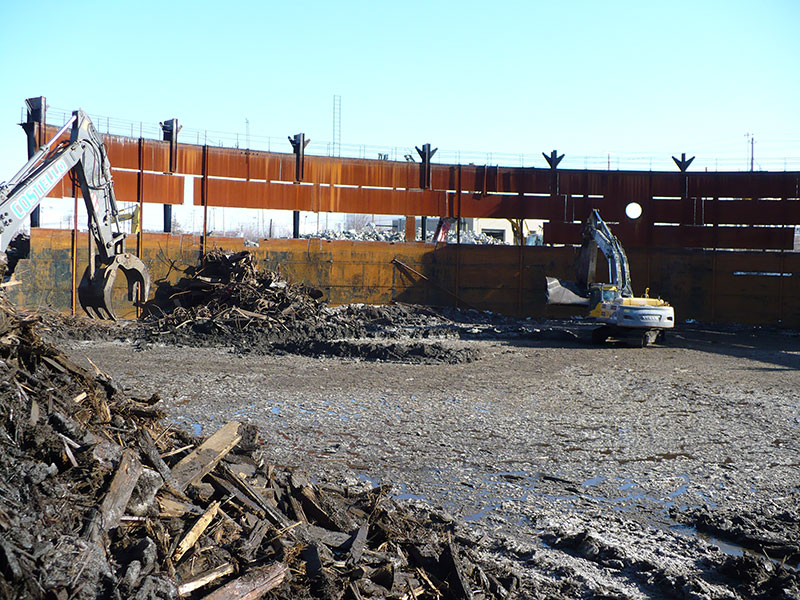 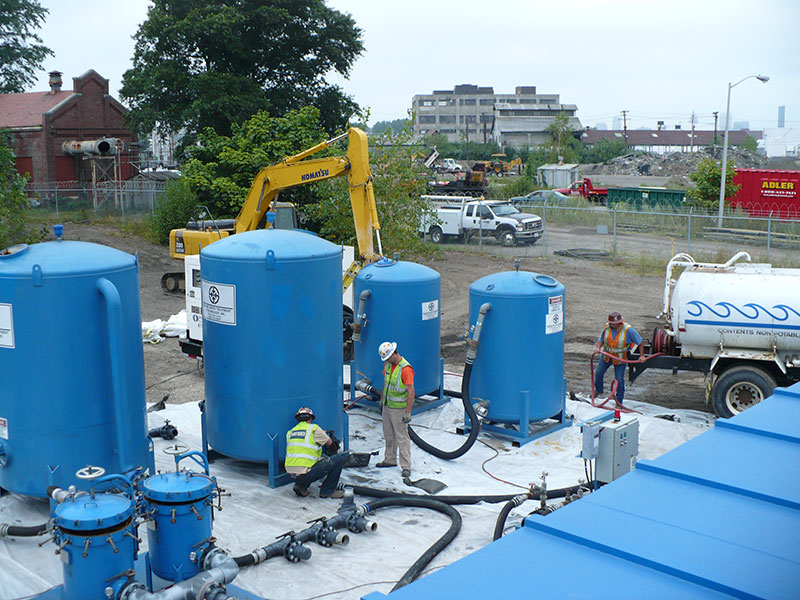 Project Description: TFCI was the general contractor for the complex decommissioning and demolition of two former gas holders for a private client in Providence, Rhode Island. The holders contained a large quantity of residual sludges from former manufactured gas operations and had been collecting rainwater as they had been out of service since the 1970's.

TFCI set up a water treatment system to treat approximately six million gallons of water while adhering to strict discharge rates to the local sewer system. Following water treatment, a belt filter press was mobilized to "press" the 4,500 cubic yards of solids from the residual sludge slurry (2-5% solids) and a dry filter cake material was generated (70% solids). Demolition of the holders was performed with excavators with hydraulic shears and grapples which worked their way into the holder to demolish the roof and tank shell cups.

The holder was backfilled with approximately 20,000 tons of borrow material to match the adjacent grades. Holes were then drilled through the fill and concrete floor to allow for eventual groundwater equalization. The project was staffed with full time health and safety monitoring and perimeter air monitoring stations and was completed without incident.