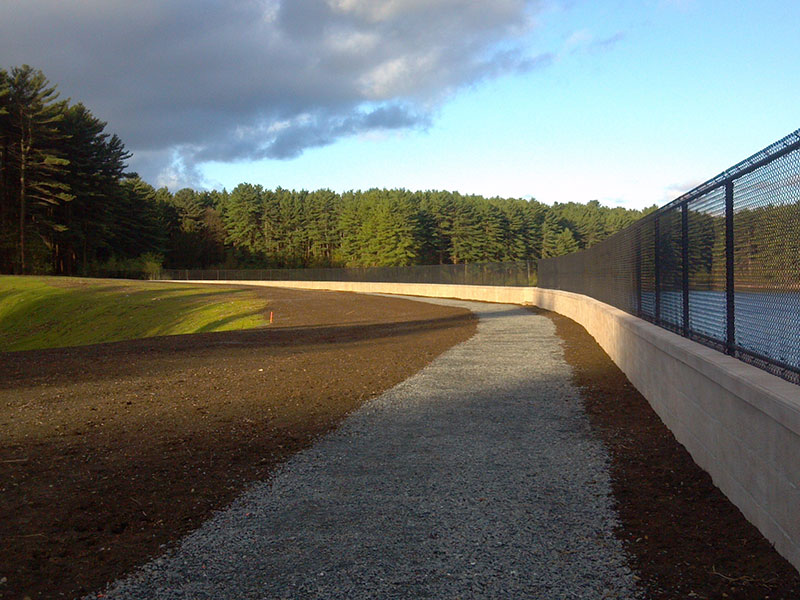 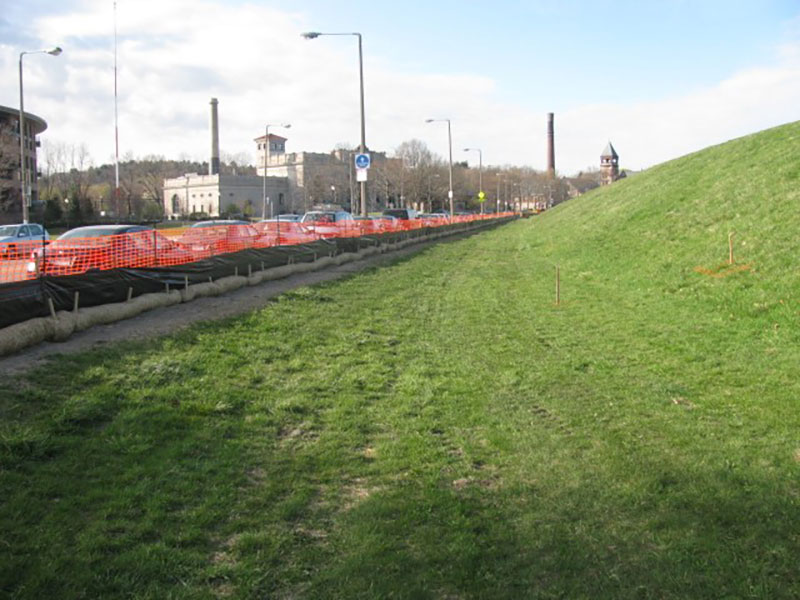 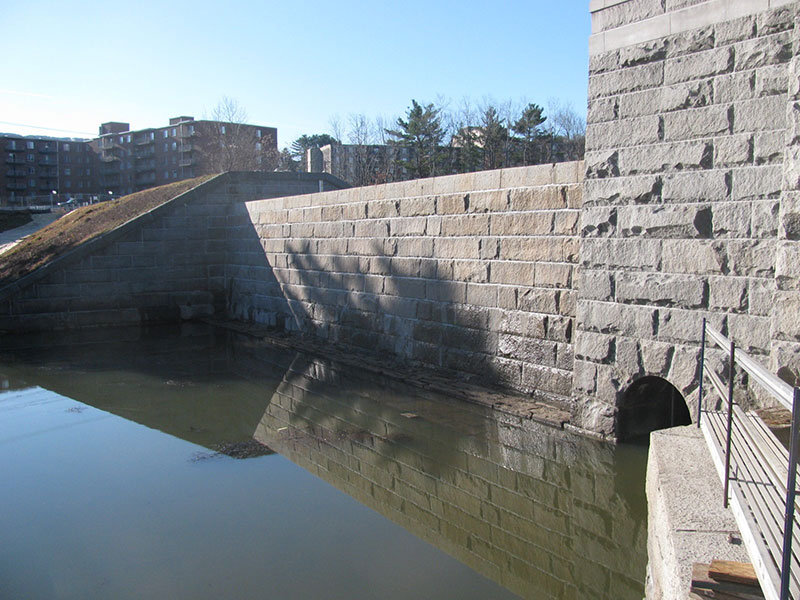 TFCI had planned to begin the project at the Foss Reservoir Dam in Framingham. However, a last-minute drastic change in scope eliminated an extensive precast concrete fusegate system, so it had to quickly scramble and shift its efforts to the Weston Reservoir Dam instead. TFCI completed the required submittals and environmental permit applications necessary and mobilized to the site in September 2011. Since it was already late in the season, TFCI decided to work overtime and Saturdays to clear, grub, strip, grade, and seed the up to 2:1 steep slopes over the three-acre downstream embankment in order to hit the optimum growth window for slope stabilization. The slope was fully stabilized by mid-October and no erosion occurred over the winter. TFCI then installed a 1,100-foot concrete parapet wall with an architectural form liner and stain that matched the granite of the historic screen house connected to the wall.

TFCI began work on the four other dams in the spring of 2012. The Foss Reservoir Dam scope of work was revised to include cofferdam installation, dewatering, and extensive historic granite cleaning, repointing, and grouting.

The project required that the full scope of work be completed in two years. TFCI completed the work on all five dams in less than a year.